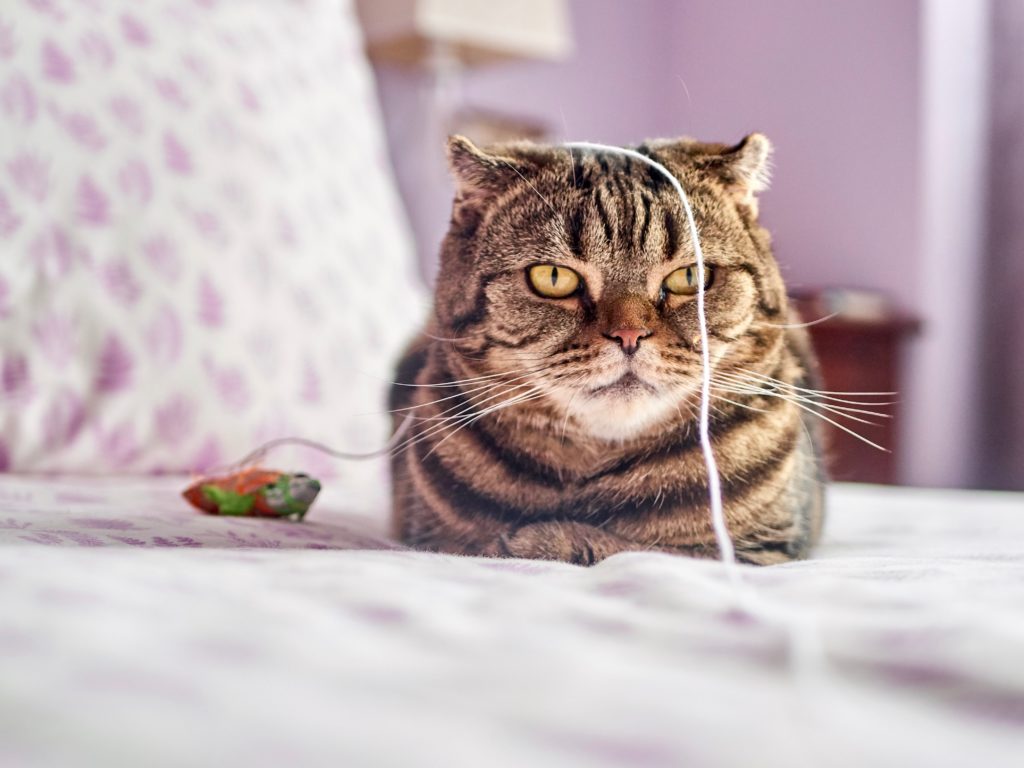 The Most Common Cat Behavior Issues

Like humans, cats experience fear, pleasure, hunger, anxiety, frustration, and many other emotions that may affect their behavior. Several common kitty behaviors are seen as undesirable and can affect the quality of life for both guardians and their felines. Fortunately, many of these behaviors can be modified.

Cats tend to be mysterious, so discovering the cause of certain feline behaviors can be a challenge. To further complicate things, there’s not necessarily one single reason behind a particular behavior, and every cat has a distinct personality, personal history and living environment which may be contributing to the current behavior.

It’s cute at first, but kitten finger-nibbling can eventually be painful—and remember, kittens (and their teeth) get bigger. One of the best teachers is another cat. Mom-cat and siblings are quick to teach kittens that biting hurts. When a kitten has no playmate or mother (weened too early or rescued), they’re much more likely to turn your ankles and hands into attack-targets, so it’s often a good idea to adopt kittens in pairs.

Experts also recommend learning to speak cat—let out a hiss or a sharp “eek” to communicate that the behavior hurts. And, always have plenty of chew toys on hand. Best to not use your hands as toys ever! Wand toys are good substitutes and work well for playing with energetic kitties.

Cats can have a variety of urinary issues. Infections, inflammation, bladder stones, stress, tumors, and other factors can cause a cat to urinate outside its box, spray, or be unable to urinate. Always consider and eliminate a medical condition with veterinary professional.

Conflicts between cats or other pets and changes in the house (e.g., construction, family members leaving, new family members arriving, etc.) can stress cats and lead to litter box issues as well.

Sometimes it’s because she doesn’t like the litter or just doesn’t like the box. Your best bet is to use unscented litter in an uncovered box, and scoop it at least once a day. Put the box where there’s not a lot of traffic. Try using more than one box and try different litters. (When making changes do not removing the old box—add boxes until you find what she likes and slowly move or remove boxes. Remember, change causes stress. It can be best to work with a cat behavior consultant.)

Cats have a somewhat unique social structure in that they do not hunt, eat or sleep in groups like dogs. Given the opportunity, cats go off on their own when they mature and claim certain areas or territories for themselves. Thus, cats can use their urine to say “back off” to other cats. They tend to do it when they’re in conflict with another cat, feeling insecure, or looking for a mate.

If there’s conflict, many cats in the house, or changes in routine, there’s more chance a cat will mark his territory. To stop the spraying, have your cat neutered or spayed (if not already). Use an enzymatic cleaner where he’s sprayed. If your cat keeps spraying, ask your vet for advice and consult with a cat behavior consultant.

It’s purrfectly normal for cats to scratch objects in their environment for many reasons:

*Cats have scent glands located on the bottom of their paws that enable them to leave a visual and scent mark for other cats.

Because scratching is a normal and necessary behavior, and one that cats are highly motivated to display, it’s unrealistic to try to prevent them from scratching. Instead, the goal in resolving scratching problems should be to redirect the scratching onto acceptable objects. This is an easy problem to solve. Declawing a cat is never an option.

Aggression is serious and people or cats can quickly become seriously injured. Before dealing with a cat who is acting aggressively, seek the advice of your veterinarian. You may then be referred to a qualified, behavior professional. The aggression can be caused by stress and anxiety or by a medical problem that causes pain or hormonal changes in a cat. In general though, the best way to deal with an aggressive cat is to not deal with her at all – just leave her alone.

Cat guardians are often confused about why they’re getting bitten when petting their cats. Things start out just fine and then suddenly, without warning, the cat turns around and lashes out with teeth or claws. In many cases the behavior being displayed is called petting-induced aggression. It seems to come out of nowhere from the cat guardian’s point of view. A quiet session of petting and affection suddenly turns violent as the cat sinks his teeth into the very hand that’s stroking him. Generally, the cat guardian is not reading her cat’s mood and body language correctly. Cats generally give us warnings and the aggression can be prevented with some education and behavior modification.

Cats may become aggressive toward other pets and people. The aggression can be caused by stress and anxiety or by a medical problem that causes pain or hormonal changes in a cat.

Intercat aggression happens when two or more cats have a hostile relationship with each other. This may be the result of two cats who have just come upon each other in an outdoor environment, cats who are challenging each other for status or territory, or as a result of a human bringing a new cat into an existing cat’s environment.

The most common reason for intercat aggression is undersocialization—a lack of pleasant experiences with other cats early in life. If your cat grew up as the only cat, with little or no contact with other felines, he may react strongly when he’s finally introduced to another cat because he’s afraid of the unknown, he lacks feline social skills, and he dislikes the disruption to his routine and environment.

Cats are not known to be the voracious chewers that dogs can be. Yet some still manage to do quite a bit of damage with their teeth. Chewing behavior in your cat may be caused by boredom, aggression, a nutritional deficiency, teething in kittens, or having been weaned too young. It might also simply be because your cat is playing or likes the texture or taste of the item.

Chronic licking in cats typically stems from pain or stress and anxiety. While all cats lick themselves, excessive licking may be serious and should be addressed without delay.

A cat that’s in pain may lick an area on its body until it’s hairless and raw—and it isn’t always in the area that’s causing pain. A stressed or anxious cat may lick its belly until it has no fur or obsessively overgroom other parts of its body.

A hungry cat is an impatient cat, and that can be a problem on Saturday morning. Winkler’s solution takes some dedication, but if this annoying habit is your cat’s calling card, you know it’s well worth it. Start by setting an alarm clock a few minutes before your cat usually awakens you, and offer him a small amount of wet food when it sounds. Every couple days, set the alarm a few minutes later, until it goes off at the time you’d like to get up. “Gradually, the cat will learn that the sound of the alarm predicts the food, and instead of the cat awakening you, the clock will be the cue that food is forthcoming,” explains Winkler. You can also invest in an automatic cat feeder to help alleviate this problem.

You’ve finally fallen asleep when suddenly you hear your cat howling and crying at the top of its lungs outside your bedroom door. This happens all the time with cats, and this behavior may be completely normal for your kitty. After all, cats are nocturnal, like their wild relatives, so they may be more active at night while you’re trying to sleep, though it may also be a sign that something’s wrong.

The cat’s meow is her way of communicating with people. Cats meow for many reasons—to say hello, to ask for things, and to tell us when something’s wrong. Meowing is an interesting vocalization in that adult cats don’t actually meow at each other, just at people. Kittens meow to let their mother know they’re cold or hungry, but once they get a bit older, cats no longer meow to other cats. But they continue to meow to people throughout their lives, probably because meowing gets people to do what they want. Cats also yowl—a sound similar to the meow but more drawn out and melodic. Unlike meowing, adult cats do yowl at one another, specifically during breeding season.

You know where those paws have been, and you don’t want them near your food. Unfortunately, cats like to explore, so if your table or counter is their only chance to get a bird’s-eye view of the room, they’ll take it. If possible, Winkler recommends providing a space that is counter height, near a window and has a smooth surface for rolling around in the sun—essentially, the ideal cat lookout point. You can also place clear vinyl carpet runners on the table when not in use—the nubby underside is not comfortable to walk, nap, or land on, so your cat will find better accommodations.

While not as tempting as a fish tank, your houseplants still have snacking potential—in the wild, even carnivorous cats have the occasional side salad. Always choose plants that are non-toxic to cats, and then plan a line of defense. (Take a look at ASPCA’s toxic and non-toxic plants list.) Experts recommend adding pinecones to the planters (cats don’t like the texture) or using double-sided tape that makes rooting through plants less enjoyable. Or, provide some designated cat plants—a pot of easily accessible catnip or wheatgrass will likely spare your ferns.

As they age, cats often suffer a decline in functioning, including their cognitive functioning. It’s estimated that cognitive decline—referred to as feline cognitive dysfunction, or FCD—affects more than 55% of cats aged 11 to 15 years and more than 80% of cats aged 16 to 20 years. Memory, ability to learn, awareness, and sight and hearing perception can all deteriorate in cats affected with FCD. This deterioration can cause disturbances in sleeping patterns, disorientation or reduced activity. It can make cats forget previously learned habits they once knew well, such as the location of the litter box or their food bowls. It can increase their anxiety and tendency to react aggressively. It can also change their social relationships with you and with other pets in your home. Understanding the changes your cat is undergoing can help you compassionately and effectively deal with behavior problems that may arise in her senior years.

How to Solve Behavior Problems in Cats, By Adrienne Kruzer, RVT, LVT, Updated 12/02/19 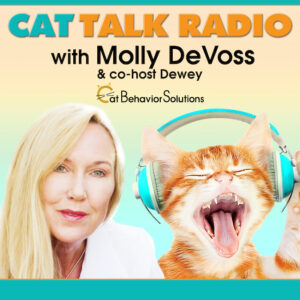 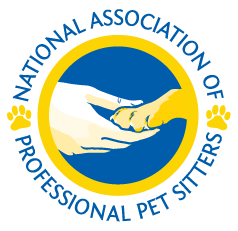 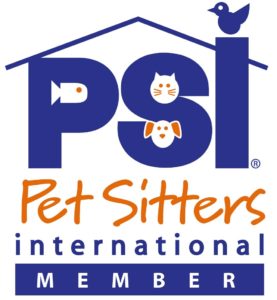